Perfect for every age.

Training for every skill level.

Whether you’re riding, or watching. 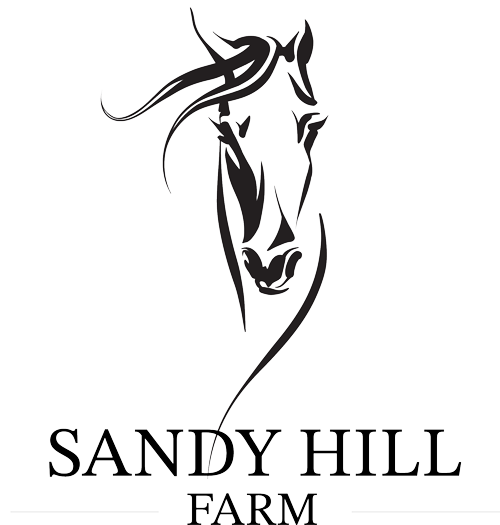 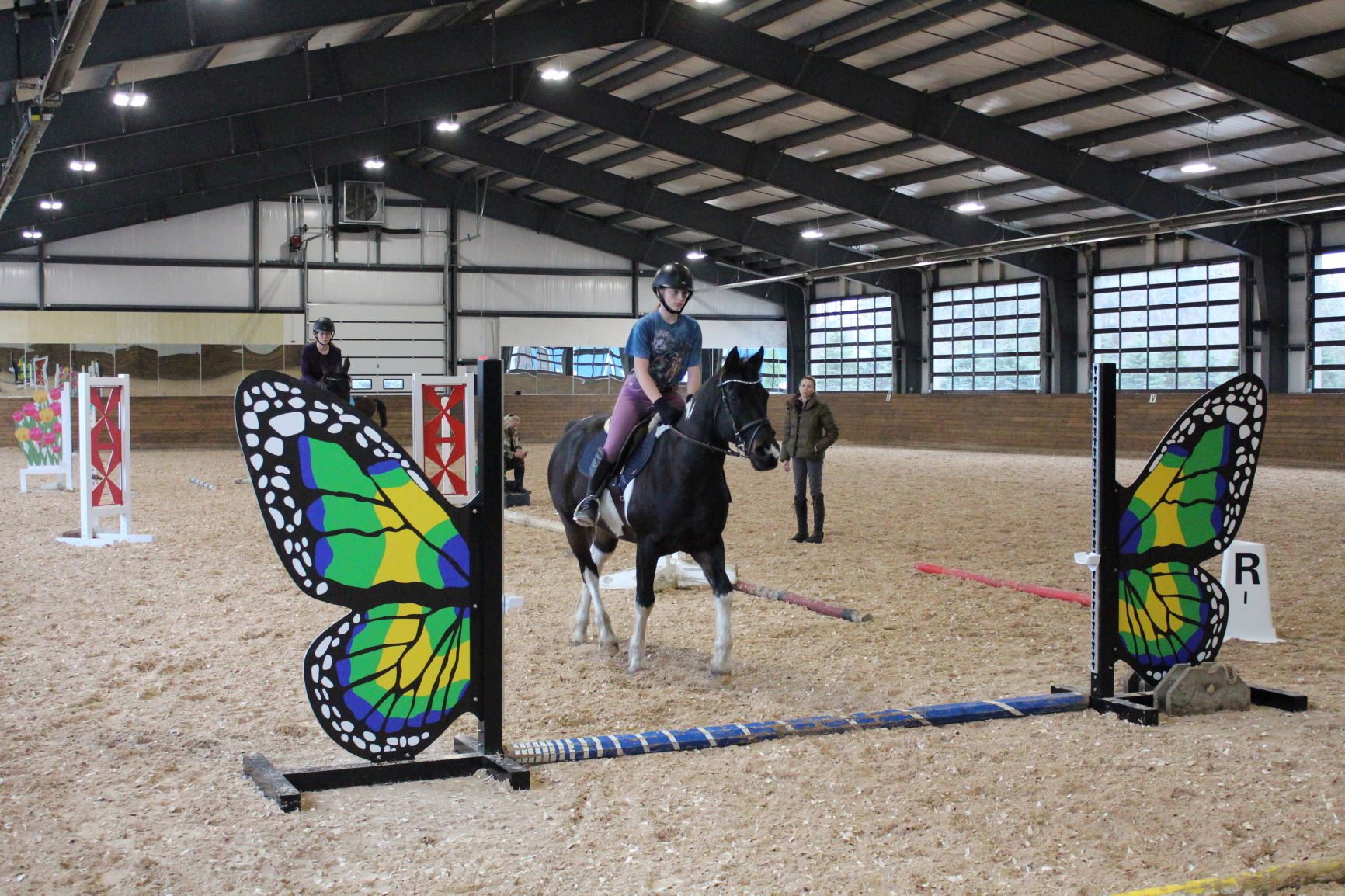 Sandy Hill Farm is about supporting our community of riders with a wonderful learning environment. We are focused on providing safety and comfort throughout the facility. Our boarders can rely on our staff to care for the unique needs of their horse.

Our boarders and lesson students will have challenging lessons designed to transcend you (safely + at an appropriate pace) into being a better rider. Erika and her staff are also incredibly skilled at training horses- bringing young horses up to higher levels and keeping your old faithful buddy in shape and moving correctly through the later years.

Our families and supporters will also enjoy a comfortable environment in our climate-controlled viewing room, multiple restrooms, full kitchen, and facility wide WiFi. 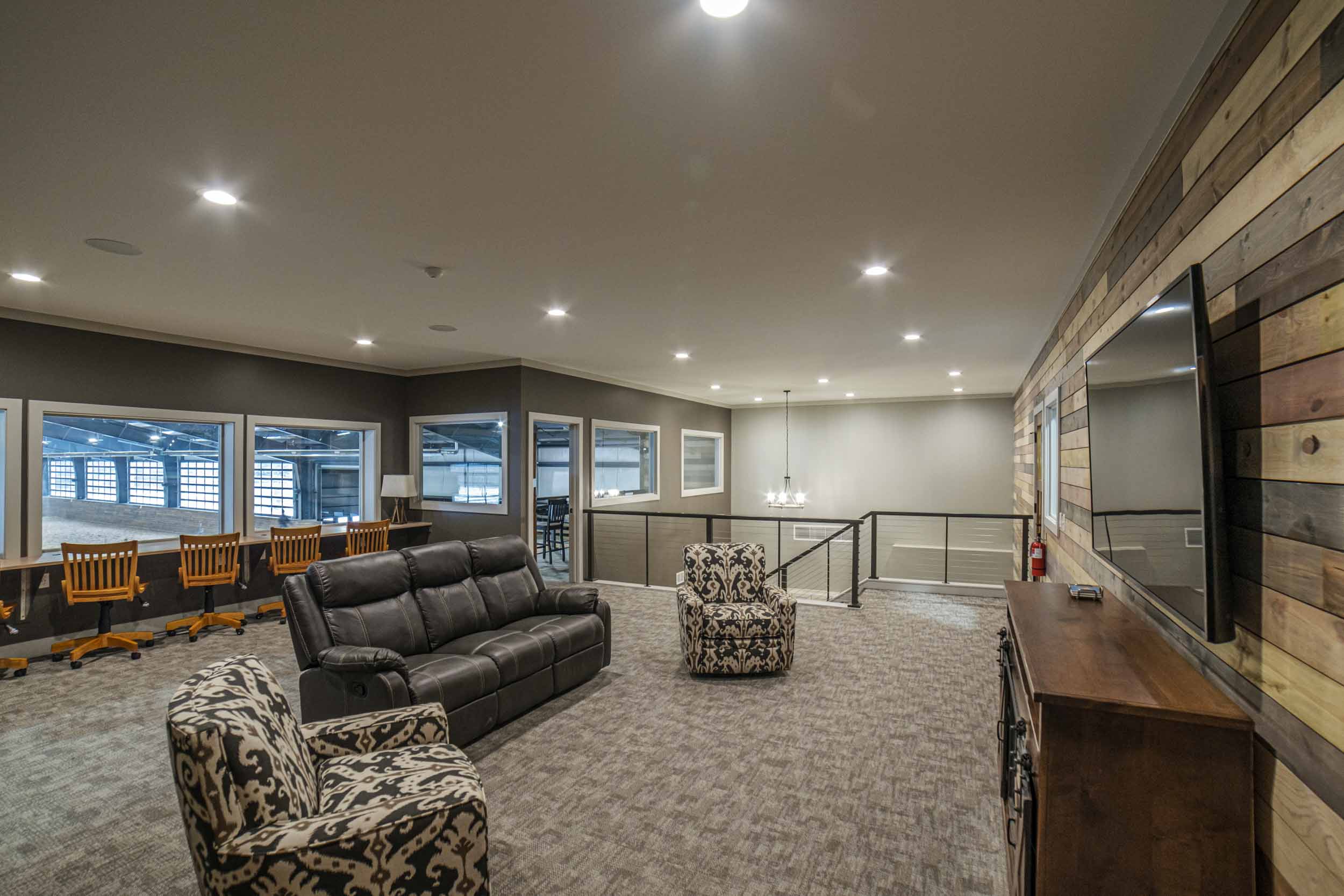 From our climate-controlled spacious boarder tack room to the misting fan at each stall, comfort for horse and human throughout the seasons was a main focus. The bright wash bays with radiant heaters and hot or cold water are a favorite among boarders and visiting veterinarians alike! 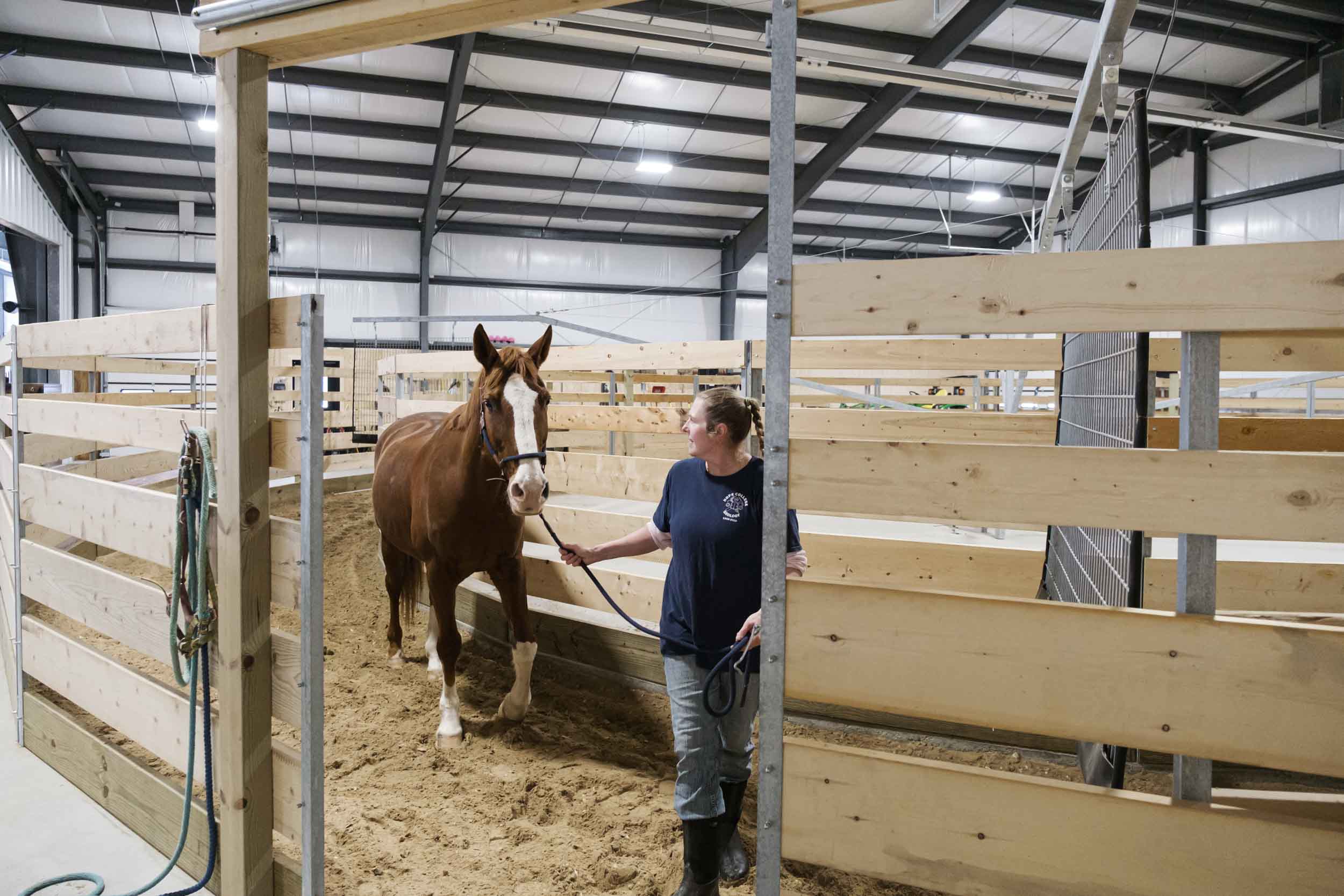 The physical and mental health of our boarded horses were strongly considered when we installed a 60’ horse walker and designed the exterior stalls with Dutch doors and attached paddocks. Horses on stall rest enjoy well lit, open air stalls with high visibility of other horses throughout the day. Our rubber pavers offer a solid slip-free footing, excellent for horses with ligament issues.

Our wonderful staff prioritizes cleanliness- waterers, feeders, stalls, floors, the grain room, the arena, the walker, everything is cleaned daily. The arena and walker are groomed daily. Our facility is maintained at a high level to retain its excellent condition. 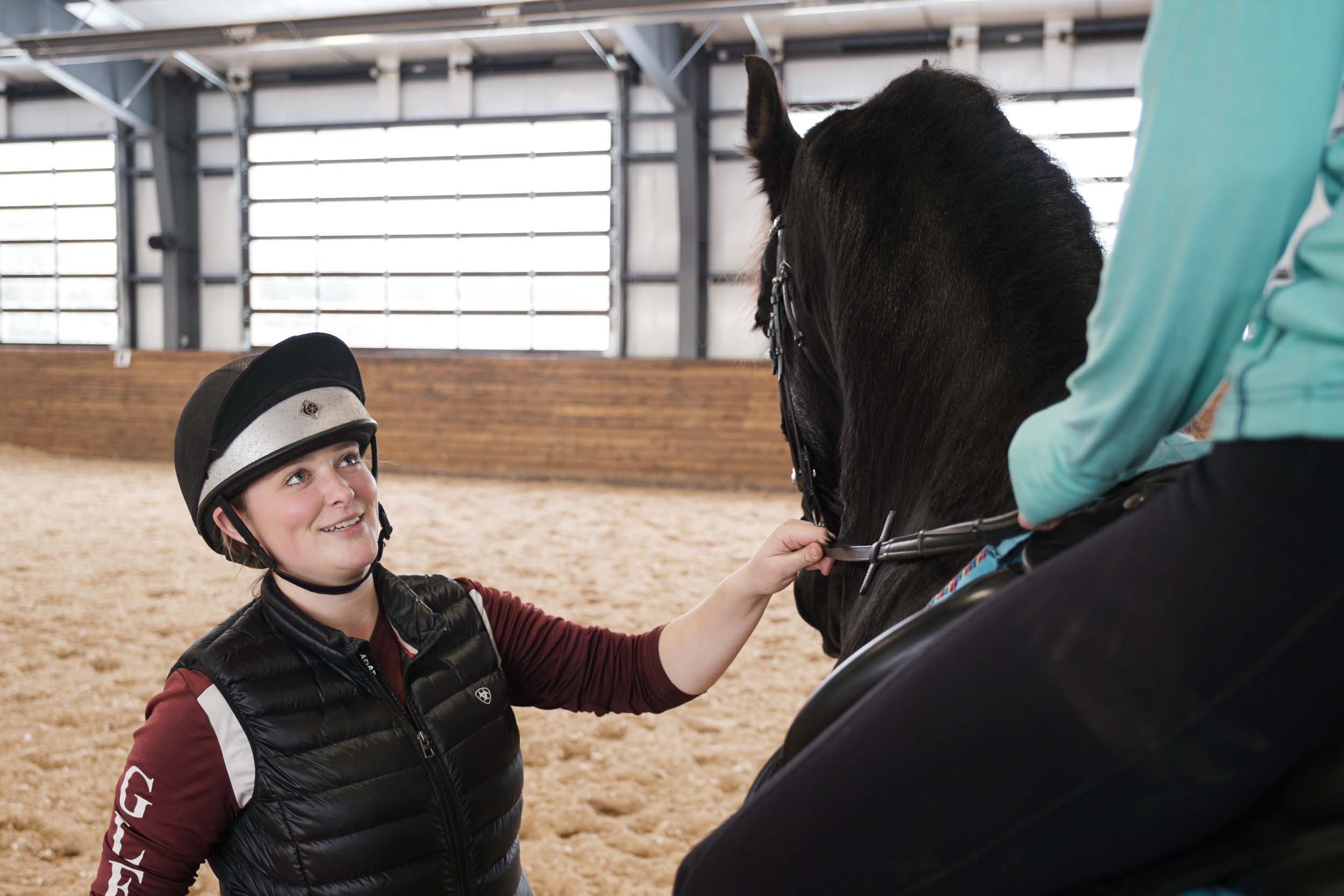 What people can expect from Sandy Hill Farm:

Sandy Hill Farm is devoted to creating an everyday people community of horse enthusiasts devoted to improving their dressage, jumping, and eventing skills at any level.  Riders can expect to be welcomed to our community and encouraged to progress in their riding ability. Guests can expect to feel comfortable and welcomed in supporting their rider.

About Our Head Trainer: Erika Petersen 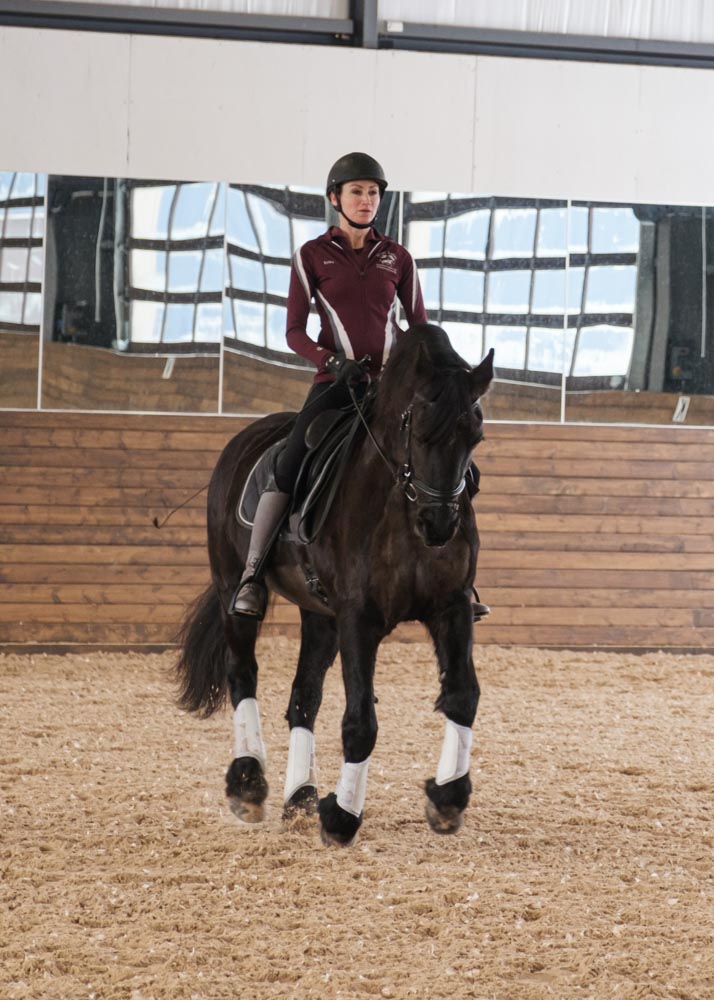 Erika started riding in 1986 at the age of 10. With the guidance of her trainers Yves & Christine Sauvignon she started her ride to the top. By the age of 14 she was already competing at the international level and took home the Bronze medal CCI*** at the 1992 NAYRC (Junior Olympics) in Bromont, Canada on her 7 year old mount Zanzibar. She has trained most of her horses from scratch; taking 4 of them up to the international levels.

Erika has been chosen on two separate occasions to participate in the Developing Rider program; the first time being in 2002. This program is for future US team hopefuls. There she was able to train with world renowned riders, Captain Mark Philips and 2000 Olympic Gold Medalist David O’Connor. Over the years she has also been fortunate enough to work with Ian Stark (4 x Badminton CCI***** winner), French Olympic team member Jacques Duley, Leslie Law, Phillip Dutton, & members of the Spanish Riding school. With this experience, Erika is able to bring a wealth of knowledge and expertise to West Michigan.

While living on the West Coast, Erika competed at the advanced level, and now is winning events in the Midwest.

Not only has Erika excelled on the eventing circuit, she has been successful on the dressage circuit as well. In 1994, on her Young Rider mount, Zanzibar, she qualified for the California 4th level dressage championships. In 2009 she earned the USDF Bronze medal and in 2015 earned her USDF Silver medal on her old eventing 3** TB. She feels that dressage is the foundation for all riding and promotes this in her training. Erika says, “Dressage teaches balance and harmony of horse and rider; no matter what discipline you ride, dressage can improve it.”

Even though she has been competing at the highest levels of eventing and dressage for over a decade, she still finds joy in teaching others. She wants her students to have fun and create fulfilling relationships with their horses. She has a very calm demeanor paired with an enthusiastic attitude. Erika is always willing to take the time to show riders what they need to know. She wants riders to understand why they are doing what they are doing. 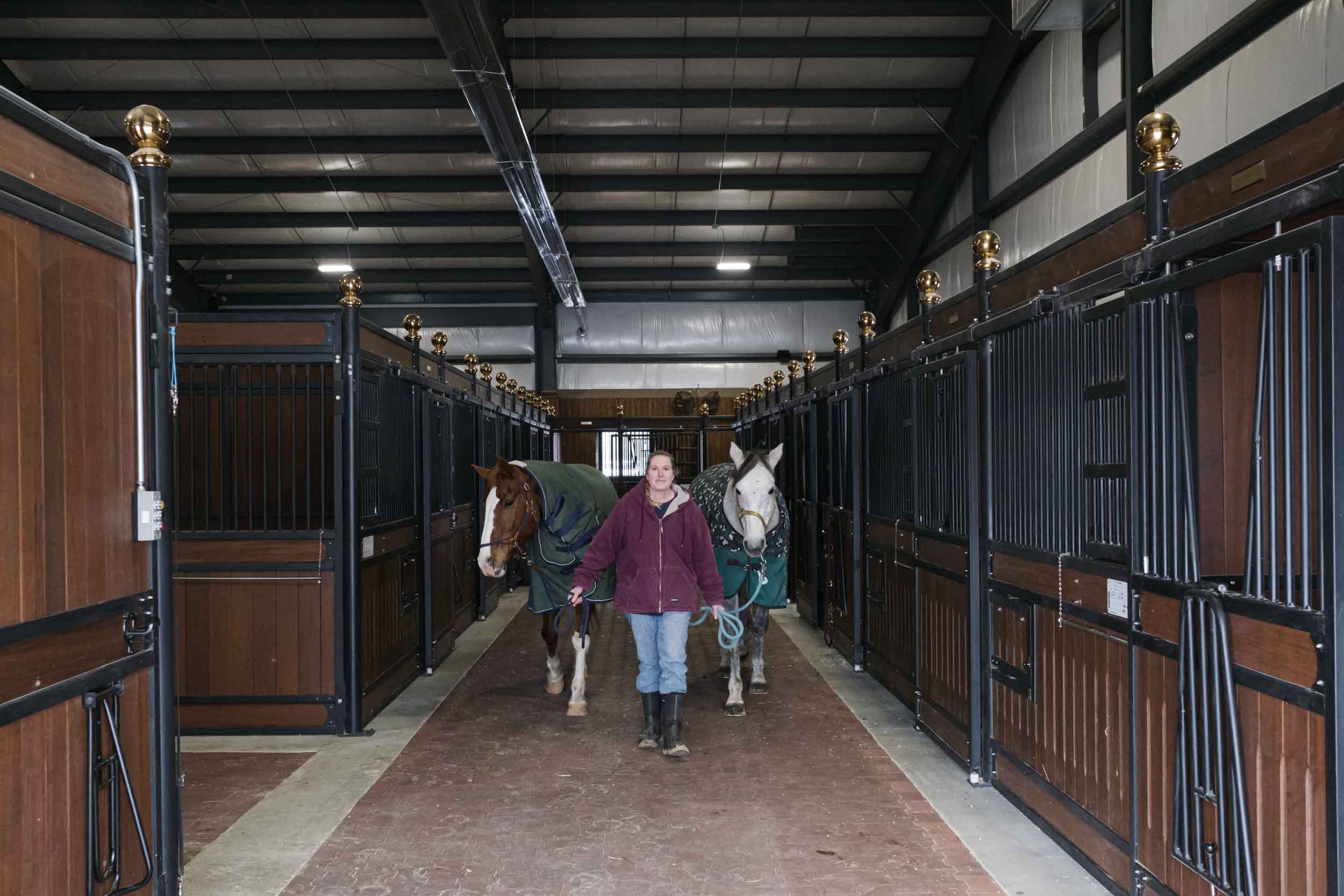 The boarder will enjoy a climate controlled 108 cubic foot tack locker, bathrooms (including 2 with showers), a kitchenette, access to laundry services, wash bays with heated water, paved parking lot, access to recordable rides in the indoor arena, access to 60’ exercise walker, a heated and well ventilated 100×200 indoor riding arena, 2 outdoor riding arenas, groomed pathways on the property for trail riding or horse conditioning, a proposed fenced area for cross country jumps, and an excellent conditioned viewing room for guests and friend to watch you ride. Please contact angela.stegink@sandyhill.farm for more information on boarding. 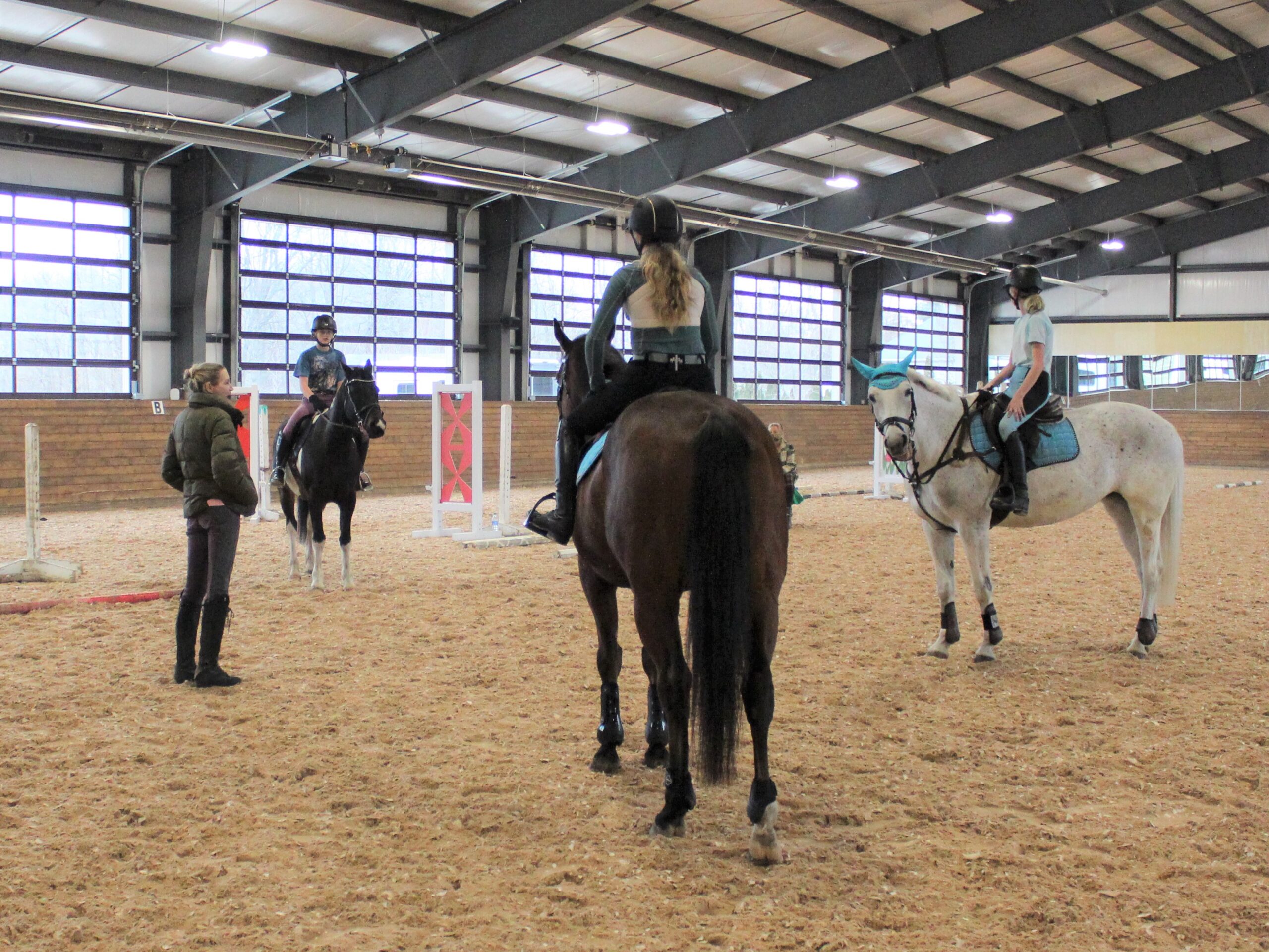 Our trainers are ready to teach the beginner that has never sat on a horse and the accomplish rider working on tempi changes. Whether it is your first ride, or your 10,000th ride we are here to help you accomplish your riding goals! We will give you a lesson on your own horse or on one of our school horses. 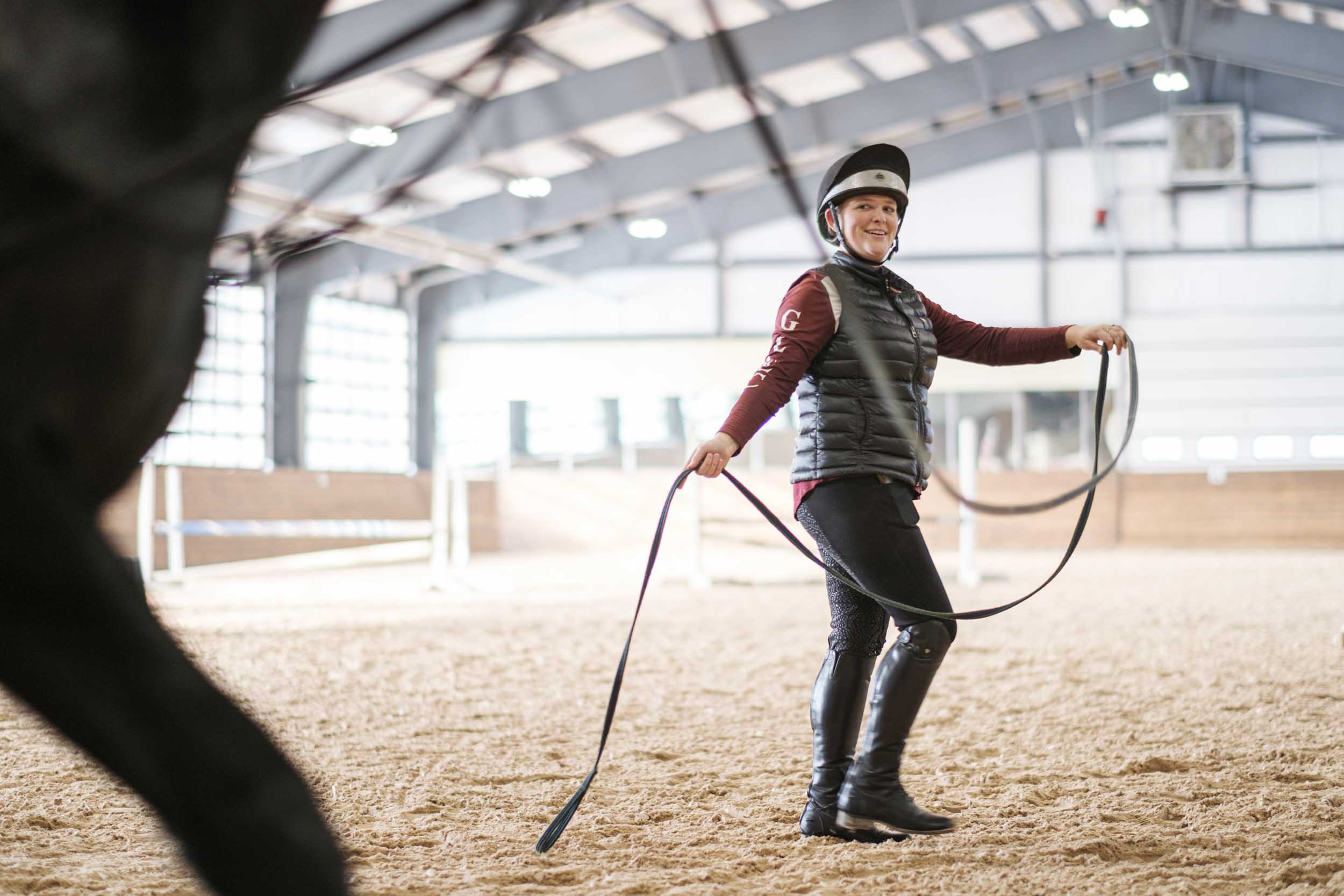 We are proud to be the home of Great Lakes Equestrian Center Training. Our trainers work with horses at a variety of levels and ages to increase the horse's balance, endurance, skills, athleticism, and behavior.  We train under saddle but also use classical training methods such as lunge line work and ground work. 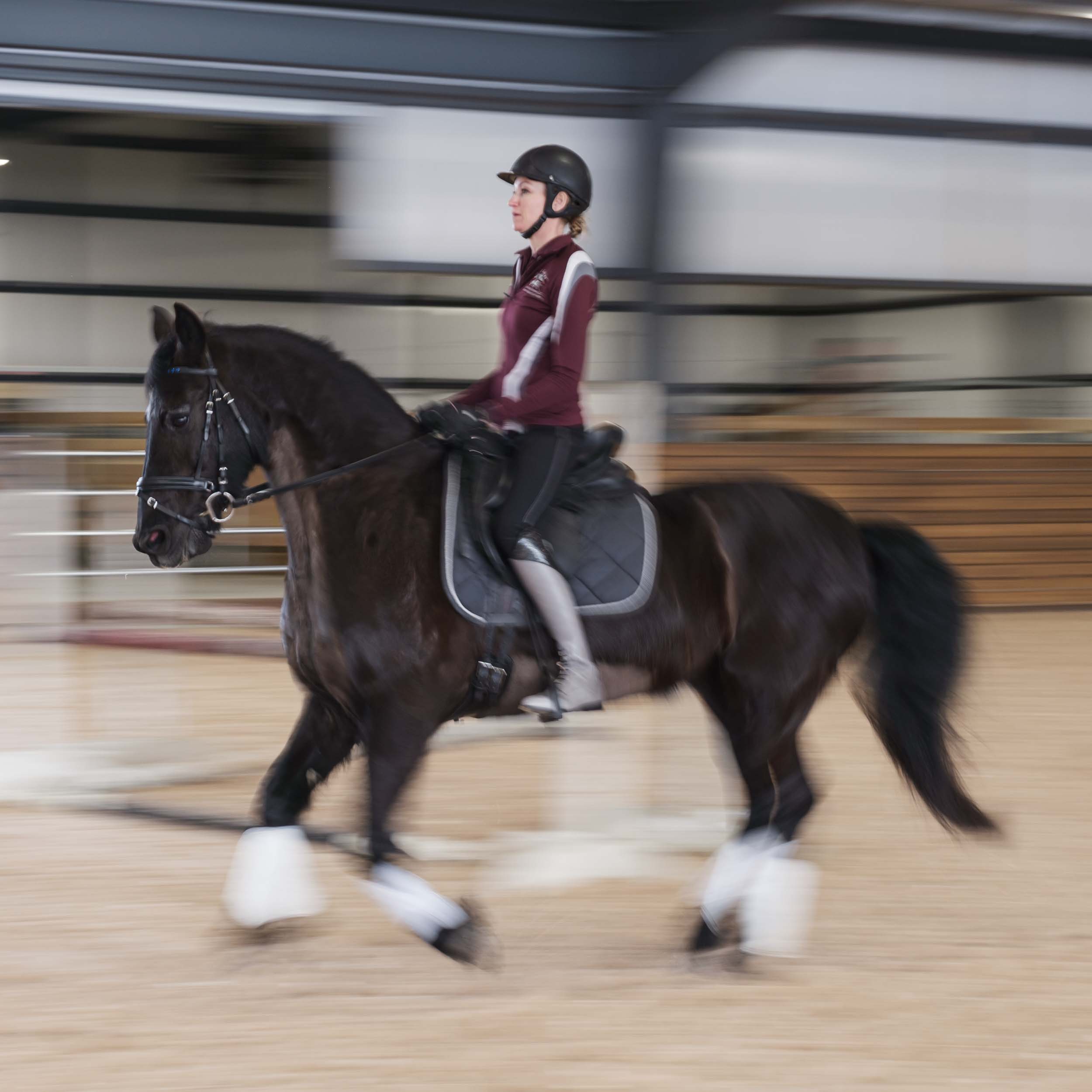 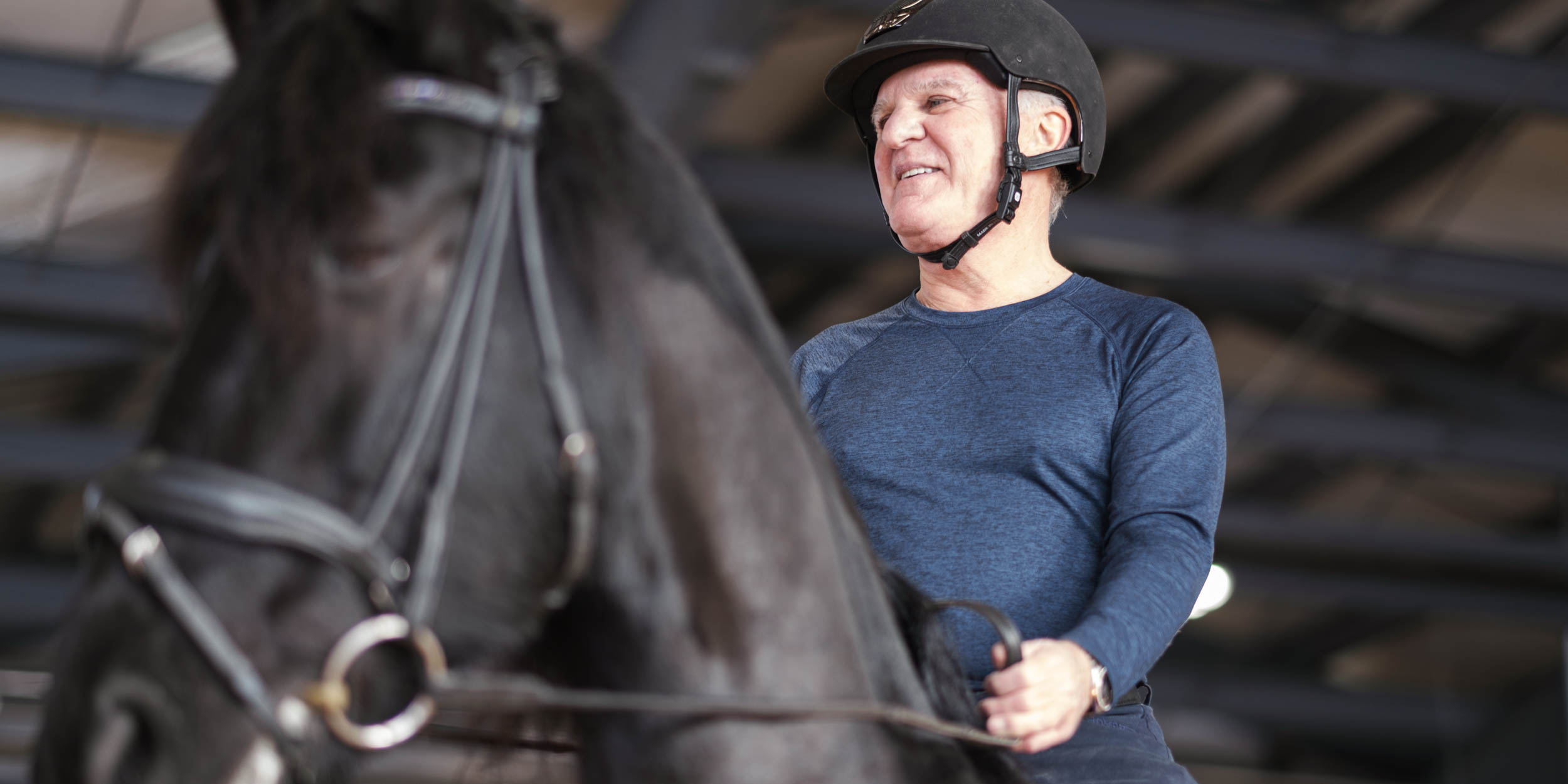 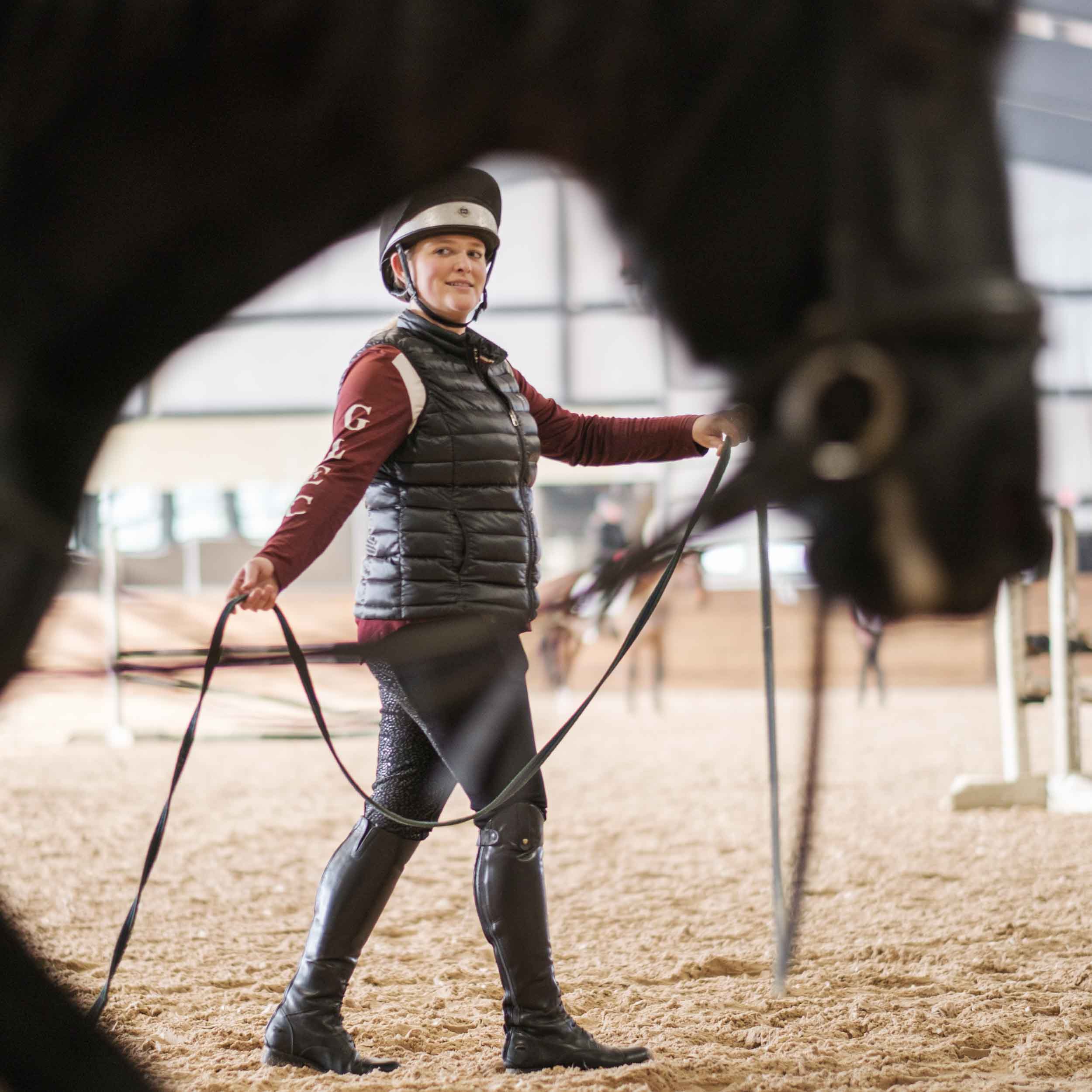 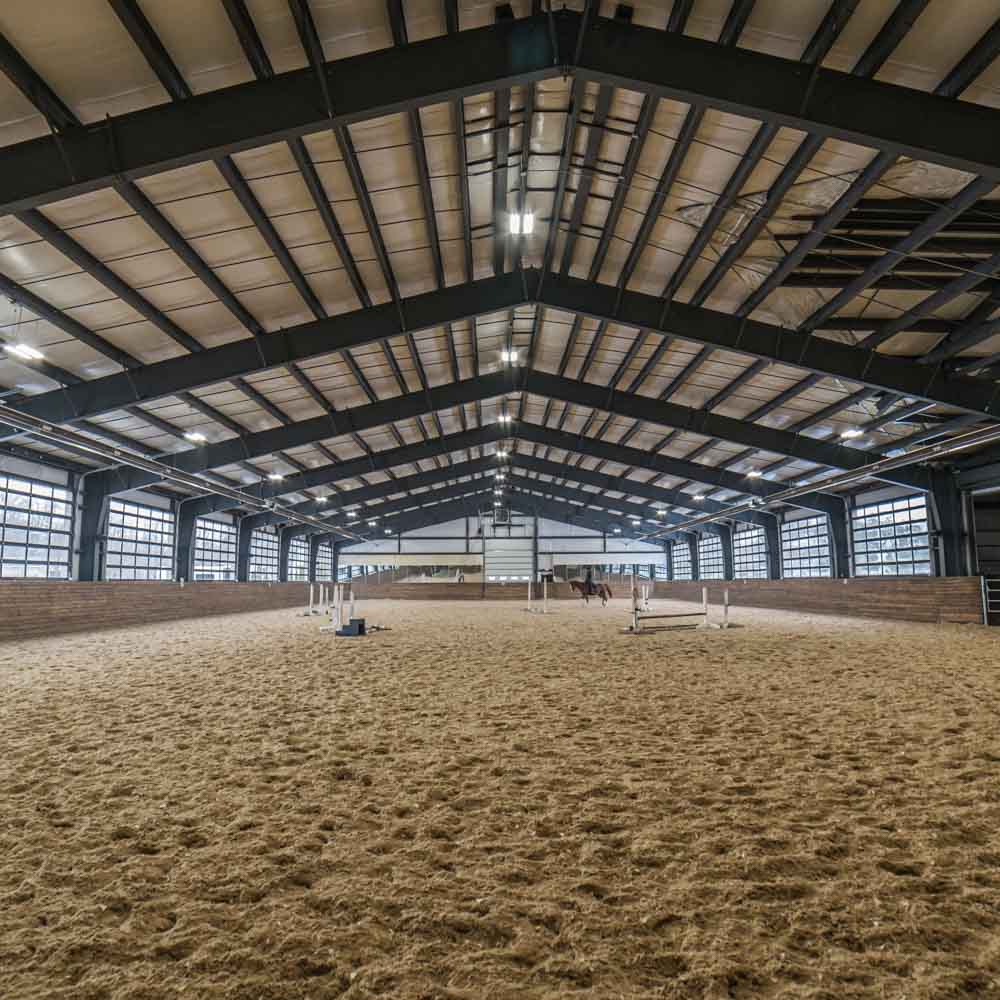